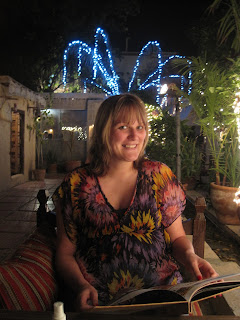 Vic says:  First of all, I’d like to thank Stephen for having me on his blog today.
So, you like to write, huh? You think your stories are good and the select few you’ve shown them to agree. So where do you go next?
I personally started a Masters degree in Creative Writing at Northumbria University (UK) in 2008. I decided to do this so that I could hone my craft and be given some rigid deadlines. One thing I struggle with as a writer is keeping focused and I find a deadline helps me to keep my eye on the ball/prize etc. During the two-year part-time course, I made some great contacts (including agents and publishers that did guest lectures), learnt to share my work with a large group and accept their criticism and praise and I feel I also became braver as a writer. I no longer wanted to write chick-lit, I wanted to write serious, intelligent pieces. The course also gave me the opportunity to experiment and try lots of different styles in order to find the right one for me.
I’m not saying a degree is for everyone – it’s expensive and time consuming – but it really helped me. There may be colleges near you that do shorter, less expensive courses to get you in the writing frame of mind. There are other ways though. You could set up and blog, like Stephen’s wonderful page, and preview your work on there and ask for feedback. You could look for writers groups in your area. If there aren’t any, set one up and put adverts on Twitter, Facebook, in your local supermarket, post office etc. Or you could even go to a reading group as you may find a lot of aspiring writers there.
I finished working on the Masters in September 2010 and sadly have not spent a lot of time on my novel since. However, I still meet up with former classmates to jolly each other along and share work. It is important to have a support network. I have been working on flash fiction and short stories mainly this year had a piece of work published in an anthology and in October 2011, I had my first e-book ‘I Should Have Seen it Coming’ published by Trestle Press.
“How?” I hear you ask!
Social networking played a massive part in my getting published with Trestle. In March this year, bored stupid due to illness, I started using Twitter. I have to admit, initially it was for celebrity tidbits but I soon realised there are far more interesting people out there! After a couple of months on Twitter, I decided to start blogging. Because I have a background in reviewing, I used my blog (http://elementaryvwatson.wordpress.com) to do book reviews and social comment. Through this, and Twitter, I built up a network of new writer friends including Darren Sant (another of Trestle’s great authors). Darren liked my blogging and asked me to do a couple of guest posts on Close to the Bone (www.craigrobertdouglas.com). After featuring a few of my articles, the guys behind the site: Darren, Craig and Lewt asked me to become a permanent member of the team which I was thrilled about.
During my Twitter time, I added a lot of people who I was interested in: writers, agents, publishers and journalists. I find Twitter to be a great source of entertainment as well as a great professional tool. I added Giovanni Gelati, a friend of Darren’s, who also happened to be head honcho at Trestle Press. This is how I got published. I now have two e-books available through Amazon – ‘I Should Have Seen it Coming’ about a woman who loses her job due to outsourcing and then pretends to be psychic in order to make money and ‘Keeping Quiet’ the story of an elderly woman looking back on her life of keeping the peace and the choices she’s made. Both stories have twists at the end.
When (yes, when, not if) you get published, unless you’ve signed a multi-million dollar deal with an international publishing house (and if you have, congratulations!), you will need to do a lot of self-marketing. Again social networks like Google+, Facebook and Twitter are really important. You can make friends with people and, if you have a blog, offer to do interviews or reviews of their work in exchange for them reviewing yours. You could offer friends free copies to write Amazon reviews for you. There’s also Goodreads.com which is a great site for readers and writers. The aim is to publicise your book to as many people as possible. Promotions like free books or competitions are also very helpful.
You need to be proactive throughout the whole of this process. This is something I had difficulty with as I often felt I was being cheeky by asking people to do me favours. But most people are happy to help out. No-one is going to critique your draft if you don’t ask them. You need to approach an agent – they are so busy they will never know you exist unless you contact them. Likewise, no publisher is going to knock your door down and beg to publish your work.
You need to have faith in your work. Remember, though, with the advent of e-books, there are opportunities to self-publish and it is regarded as a legitimate way of getting yourself noticed, not derided the way it used to be.
As a starting point, please feel free to have a look at my blog as I have branched out and am also publishing flash fiction and featuring up-and-coming authors so feel free to submit something to me. My email address is victoriawatson2008@yahoo.co.uk. You can find me on Twitter @vpeanuts and I’m on Facebook as Vic Watson. I’m also on Goodreads.
Happy writing! 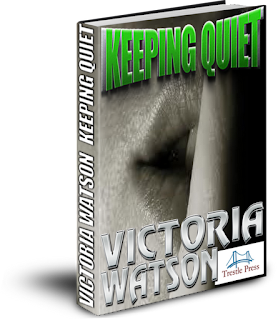 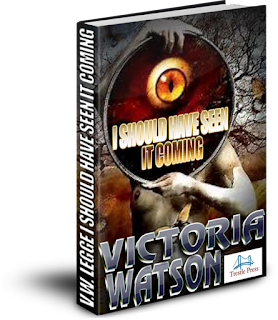